Or ENTCS for those in the know 😉 . Week One in a word: blissful-chaos. Ok, that’s two words, but I used a little hyphen so we’re good.  A quick rundown of the techniques and dishes we were responsible for this last week:

Vichyssoise and other soups

My guess is that most students only managed laundry and sleep over the weekend, but I could be wrong.  There are some beautiful places to visit here and currently lovely weather so hopefully there were some adventures had as well.  I pretty much kept to my neighborhood (New Town).  I, of course visited ‘my wine guy’ at my local wine shop and schmoozed him with my leftover profiteroles.  I’m hoping to get the nod to some wine tastings and other grape related activities. Then I was unsuccessful with my shoe shopping – I wound up in some high-end crazy expensive designer shoe place looking for a Converse retro and was surrounded by Italian twee, the least expensive being £180 !! Then off to lunch at Brown’s.  I like their atmosphere in general and today they had live piano which was very nice.  I tried a cocktail there on the name alone: You Rang M’Lord. It was pretty good; it had Tanqueray, Lychee liqueur, lemon juice and Elderflower cordial.  I would have preferred half the lychee and twice the gin.  I thought of my sister JoAnne and toasted to her, as she digs the elderflower something fierce.

Next week we have a heap of new techniques and recipes to explore.  I hope to see everyone back in the kitchen and keep a 0 dropout rate.  Next week I’ll include a recipe or two that I think is great and very reproducible at home.  Until then…

So I had my first pint in Scotland.  For those of you who know me, that’s kind of a big deal.  For starters, I’m not really a beer drinker but the bigger issue is that I’m socially backward…in addition to being a female on her own in a strange local.  But I thought, “What the hell, everyone is out and about, the night is young, I’m sporting a new hair cut (more on that later) and I’m thirsty from spending money in the shops on crap I don’t need – it’s beer time.”  I walked surreptitiously (or not) down Rose street.  Rose street is a pretty nifty street for tourists and locals alike.  The street is pedestrian only with the exception of deliveries, it has a little flag ‘ceiling’ so it always looks festive and the shops and pubs are interesting.  I was looking for a pub that said via it’s ambiance, “come in strange lone female; no one will ask you to lift their kilt or other ‘customs’- just enjoy a cold one.”   I passed by a popular place but then noticed a sign saying If You Voted Yes, Come In For A Pint – politics, no thank you!  Next place.  I picked The Black Cat.  What’s in a name?  The bartender was pleasant enough and I understood most of what she said, although she may have spat in my beer as I didn’t tip properly…that’s fine, the beer was warm, grossly warm so maybe spit was an improvement.  I chose to sit outside to watch the passers-by and text like any other normal person avoiding eye contact.  Noooo, down sits a Scotsman, probably in his 70’s. He is very liquored.  He’d been on a binge because it’s voting day…uh, ok.  I realize this is a very momentous occasion with elections finishing tonight so I truly was curious about what was happening through his eyes.  Well, they were pretty crossed and getting more so.  Not a lot that was shared by my seat mate was coherent.  Lots of ‘tits-up’ and Margret Thatcher isn’t really a ‘fucking nob-head’.  I tried to finish my beer without being too obvious about how quickly I was gulping and headed out.

As socially awkward as I am, I’m even more challenged when it comes to hair – I guess there are worse things.  I loved the cut and color I got from a local salon.  Great staff and talented people, but after walking out and braving the beginnings of Edinburgh’s autumn, all the product whipped out of new style leaving me to look like Justin Bieber –  the early years – I nearly cried; I dislike little mr. bieber, especially his hair.  OK! Enough whining. On to the good stuff, and there’s a lot of good stuff!

Although I have not yet tried Milnes’ “World Famous Haggis Nachos”, I have had some very delicious food out.  One of the things I really like about Edinburgh is that no one pub/restaurant is trying to be like the other.  Each offers it’s unique vibe and menu – it’s so refreshing to get away from the cookie cutter big box approach.  Although haggis nachos have been put on the back burner, I have had Haggis BonBons!  What? Yeah…and they were good. They were one of many tasty bites from The Bon Vivant. I’ve also checked out Brown’s and Queen’s Arms, both of which hit the mark.  The staff at all of pubs/restaurants have been equally wonderful.  School starts on Monday! Cross fingers that I don’t chop off any fingers.

So, I’m off to another cooking school!  It seems to be habit forming.  This school is located in Edinburgh, Scotland and like the others I’ve attended, offers courses of various lengths.  I’ll be checking out the 3 month program as well as taking short courses at a Chocolate school nearby.  Both programs should be pretty fantastic.  I’ve never been to Scotland, and with the elections coming up the whole experience will be very interesting.

I’m currently in an airport lounge….where drinking martinis at 4pm is apparently an epidemic.  I’d love to partake in this widely accepted craze, but I think if I did, I’d likely miss my plane (on the floor, lickin’ lint).  I better stick with my tea and water – what a whimp, what have I become.

Once I get settled in my closet size studio tomorrow, I plan to hit the streets and take some photos of my new surroundings.  Until then…. stay hungry. 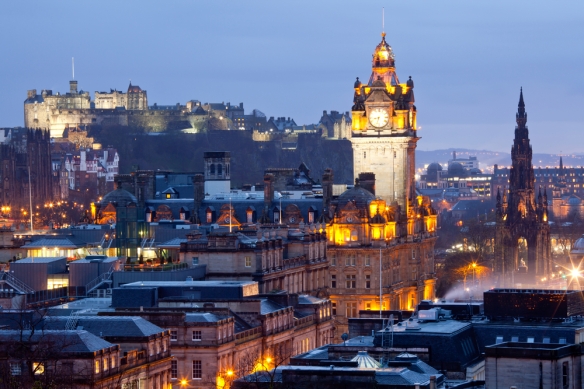 © Christina Bollinger and MixedSoup, 2010-2040. Unauthorized use and/or duplication of this material without express and written permission from this blog’s author and/or owner is strictly prohibited. Excerpts and links may be used, provided that full and clear credit is given to Christina Bollinger and MixedSoup with appropriate and specific direction to the original content.
Loading Comments...
Comment
×